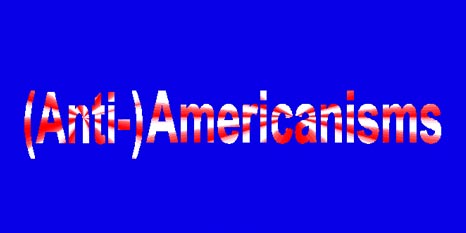 “(Anti-)Americanisms” was the topic of the 29th annual conference of the AAAS. The event took place on November 8-10, 2002, at the University of Vienna.

The plan is to divide the conference in two parts and focus on two issues which are distinct yet related to each other. One may be labeled “Anti-Americanisms in Austria”; the other, “Americanisms.”

The first half of the conference, Friday evening and Saturday morning, is to draw attention to the varied attitudes Austrian governments and people have displayed toward the United States of America in the last 225 years. It is surmised that more often than not, those attitudes were less than friendly. John Adams, usually an ambivalent observer of European matters, already noticed in 1779 that the House of Austria “will be one of the last Powers to acknowledge our Independence.” The conference will open with a paper on the 18th and early 19th century context of Anti-American leanings in Europe. Targeted for analyses are, among others, the array of references made by early 20th century Austrian writers (from Hofmannsthal to Doderer); the pre-1945 roots of Anti-Americanism in post World War II Austria; and the Anti-Americanisms of the New Right and Left since the Vietnam War.

The second half of the conference, Saturday evening and Sunday morning, is to be devoted to “Americanisms.” Introduced by a lecture on “Where is the American in Cultural Studies,” it will focus on the various propagations of (representations of) American culture in literature, music, film, “the new media,” architecture, politics, government, and ways of life—in short, anything that can be subsumed as a cultural product of “the American century.” We also invite papers which question the notion of Americanism as an object-oriented construct, a convenient vehicle used to transport ideology.